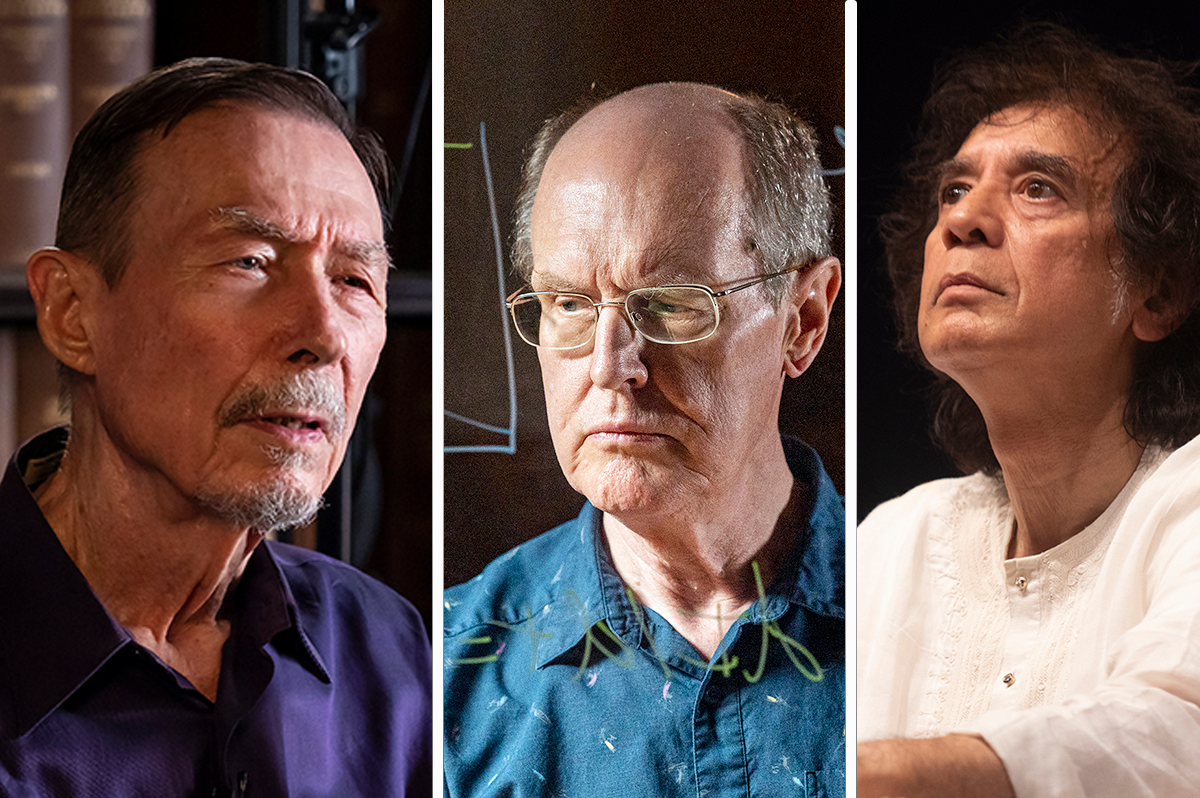 The Commemorative Lectures of the 2022 Kyoto Prize Laureates are available to watch online from today.

The three 2022 Kyoto Prize Laureates – electronics engineer and applied physicist Carver Mead (Advanced Technology), population biologist Bryan T. Grenfell (Basic Sciences) and tabla player Zakir Hussain (Arts and Philosophy) – have recorded their lectures which focus on their life stories, and reflect on the achievements and on the people who have had an influence on their career.

Like last year, the Inamori Foundation has decided to cancel the official presentation ceremony and related in-person events in Kyoto due to concerns and restrictions related to COVID-19. Instead, the Commemorative Lectures have been recorded and are available online from today, accompanied by five-minute videos that serve as brief introductions to the Laureates, on the 2022 Kyoto Prize Special Website.

The Kyoto Prize Commemorative Lectures provide an opportunity for everyone to be inspired by the words of the Kyoto Prize Laureates and showcase their outstanding intellect and expertise as well as their human qualities.

The Blavatnik School of Government will host the Laureates in Oxford on 9-10 May 2023 for the Kyoto Prize at Oxford. Details will be announced in due course.

Carver Mead’s lecture, A personal journey through the information revolution, takes us through the variety of innovations that were required before it was practical to design complex integrated circuits, containing millions of transistors, and create the mask patterns for their production. First, the semiconductor community needed to be convinced that ultra-small transistors would function properly. Then a design paradigm was needed wherein all stages of the design—Function, Architecture, Logic, Circuit, and Mask Geometry—were specified by computer programs rather than by hand drawings, and that an overall interconnection strategy guided all steps of the design. Then computer tools were needed that would generate pattern-generation code for a computer-driven precision pattern generator. Once such a design paradigm was shown to generate working very large-scale integration (VLSI) chips, it was necessary to create a unified view of the physical integrated circuit that could be understood by non-specialists, and incorporate the entire corpus of material into an academic course. The result has changed the world.

Bryan T Grenfell spent his career exploring the population dynamics and evolution of infectious diseases. His lecture, Epidemiological and evolutionary dynamics of pathogens in time and space, starts with an introduction to epidemics and the rich historical data sets which illuminate their dynamics taking measles as an example. He then describes his research under three main themes. First, he explored the non-linear temporal dynamics of childhood infections using simple mathematical models and time series analysis of epidemic data to explain oscillatory, sometimes chaotic epidemic sequences and the impact of seasonal and demographic drivers and vaccination on these patterns. Second, he analysed the spatio-temporal dynamics of regional epidemics and the determinants of local epidemic persistence. Third, he explored the evolutionary dynamics of partly-immunising pathogens such as influenza and SARS-CoV-2. Greenfell coined the term “phylodynamics” for the interactions between viral evolution and epidemiology that drives the ‘escape’ of viral variants from prevailing immunity; phylodynamic ideas have since been applied to a wide variety of problems in pathogen evolution. He concludes by drawing broader lessons from his career, notably the power and pleasure of interdisciplinary collaboration.

Zakir Hussain’s 2022 Kyoto Prize Commemorative Lecture and Performance in Arts and Philosophy consists of a lecture on tabla and the north Indian classical music, and a performance with two other musicians, Abbos Kosimov (doyra) and Pezhham Akhavass (tombak).