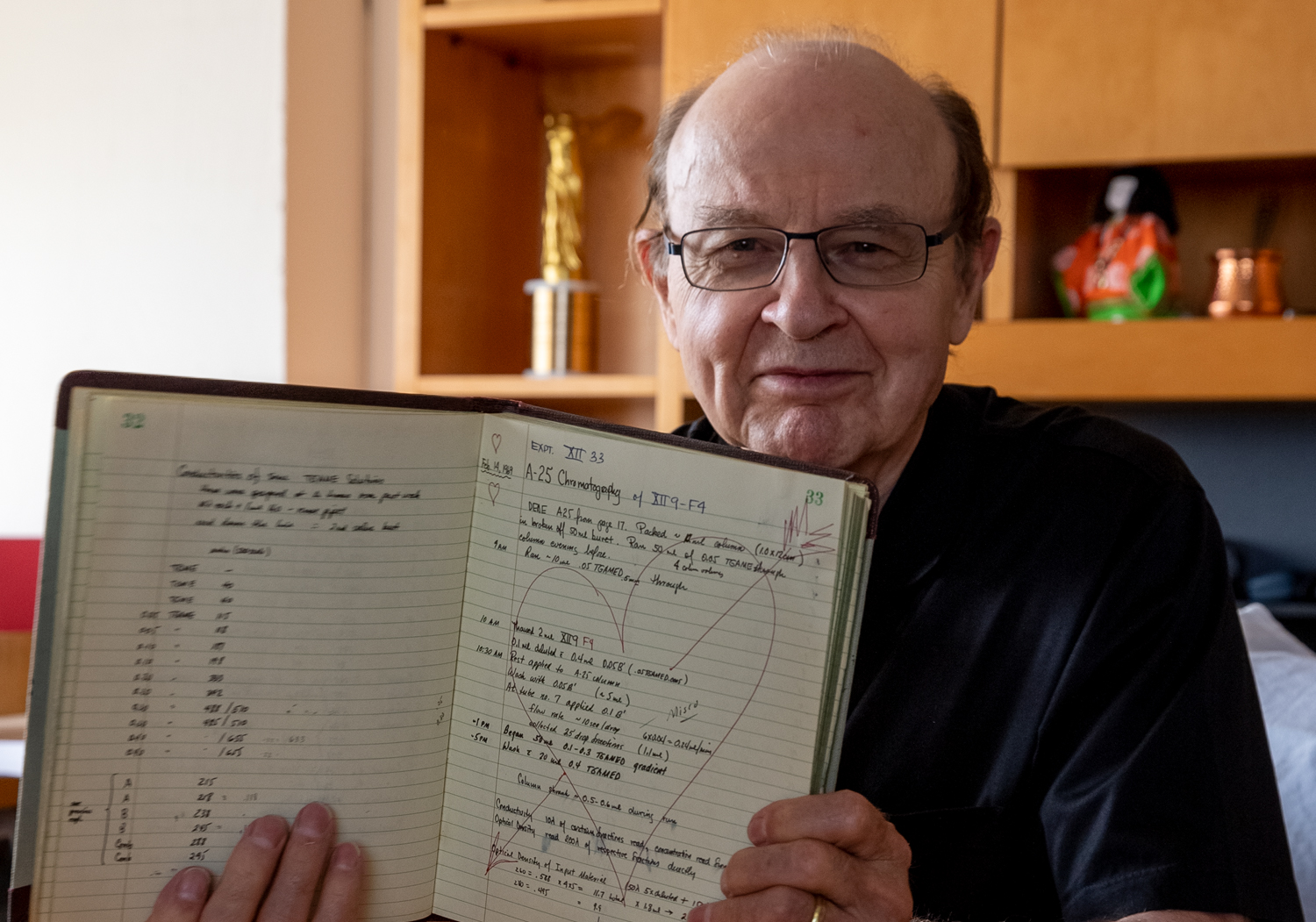 Robert G. Roeder has revealed the principle of the regulatory mechanism of transcription in eukaryotes through his over 50 years of transcriptional research, by identifying functions of a series of factors such as three distinct RNA polymerases, basic transcription factors, one of the first gene-specific factors, and regulators in transcription from chromatin.

I was raised on a farm, where I was expected to remain, and had little exposure to science and no family support for higher education. However, through determination and hard work, values instilled by my parents, I had the good fortune to obtain a college degree, a Ph.D. in biochemistry, and academic positions that allowed me to passionately pursue an exciting career in the biological sciences.

Initially inspired by college, graduate and postdoctoral mentors, my studies focused on the regulation of gene expression, which is fundamental to normal human development and physiology (and associated pathologies), at the level of transcription (copying DNA into RNA by RNA polymerase). Although an endogenous RNA polymerase activity was first identified in rat liver nuclei in 1959, subsequent studies in several labs focused on the more abundant bacterial enzyme that was purified in 1969 and found to interact directly with gene promoters and gene-specific regulatory factors.

As I will describe, and initially through my own biochemical studies, the mechanisms of transcription and its regulation in eukaryotes, containing ~20,000 genes in the case of humans, proved far more complex. Major discoveries to be highlighted include: (1) nuclear RNA polymerases (Pols) I, II and III in eukaryotes in 1969—a Eureka! moment; (2) their distinct gene-specific functions and subunit structures; (3) cognate general initiation factors that facilitate core promoter recognition and assembly of polymerases into pre-initiation complexes; (4) the prototype gene-specific transcriptional activator (TFIIIA) in eukaryotes and, distinct from prokaryotes, a mechanism involving site-specific promoter binding and facilitated recruitment of general initiation factors that in turn recruit polymerase; (5) both general and gene/cell-specific transcriptional co-activators, including mechanisms involving direct activator interactions; (6) a general transcription repression mechanism—promoter assembly into nucleosomes—that restricts the otherwise promiscuous ability of Pol II and its initiation factors to transcribe cell-specific genes; (7) functional modifications of transcriptional activators, as well as histones, by histone acetyltransferases; (8) obligatory (causal) roles for histone modifications in transcription of repressed chromatin templates in vitro—thus providing formal proof for their previously assumed roles (from in vivo correlations) in transcription and; (9) biochemically defined systems (with purified Pol II, general initiation and elongation factors, activators, and coactivators) that mediate transcription of repressed recombinant chromatin templates and allow unparalleled studies of transcription mechanisms. These studies provided seminal insights into the unexpectedly complex mechanisms involved in eukaryotic transcription, were foundational for subsequent and current studies of transcriptional regulation through other approaches, and have profound implications for gene regulation in human health and disease.