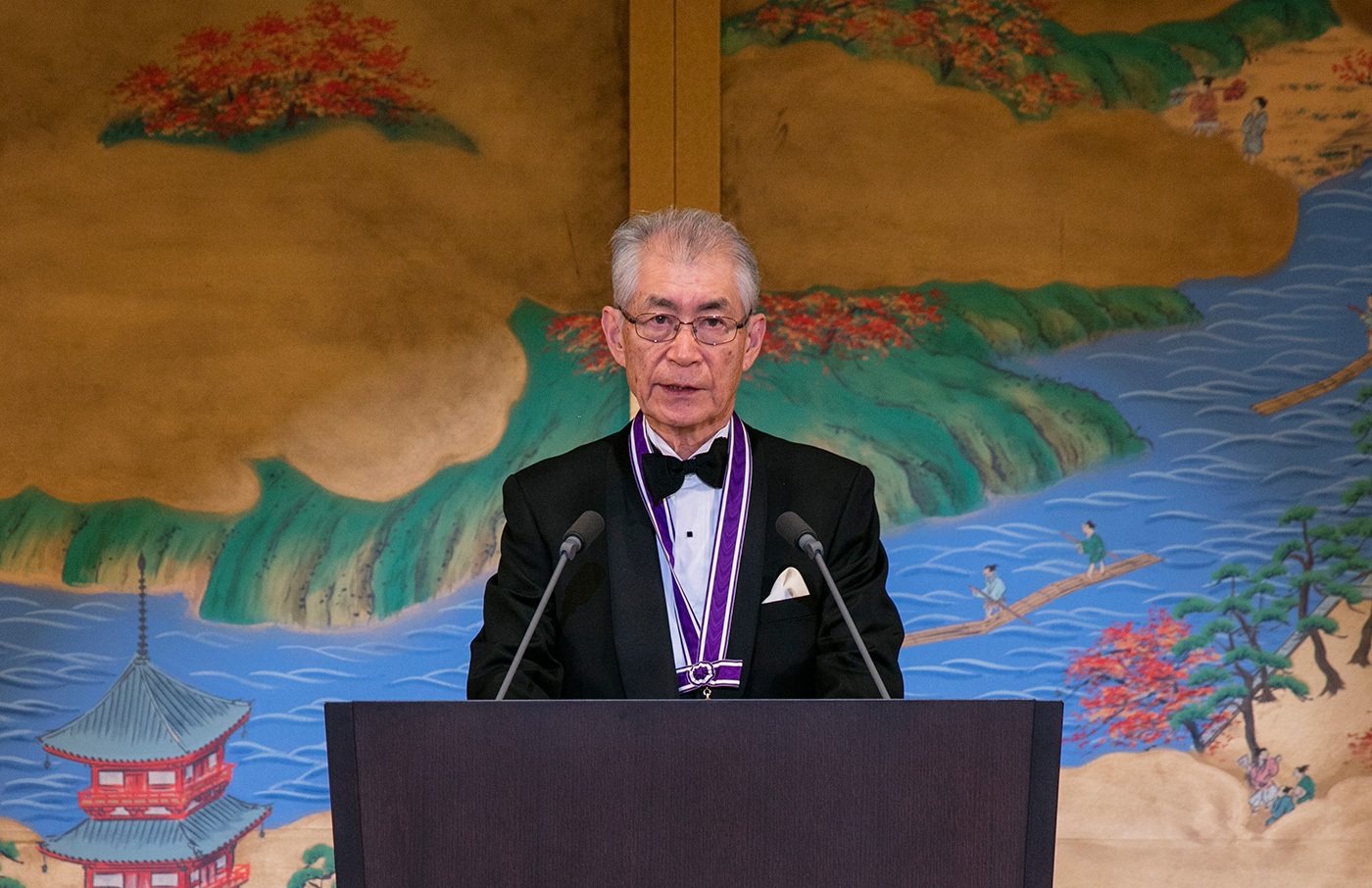 If the greatest enemies of humankind in the 20th century were infectious diseases, cancer has clearly become the major foe in the 21st century. Acquired immunity holds the keys to overcoming both of these difficult medical challenges. Dr Honjo presents the fortuitous developments that he has experienced during his time as a researcher, leading to the discovery that PD-1 inhibition could be effective in treating cancer. This new breakthrough immunotherapy is being hailed as a 'penicillin moment' in cancer treatment.

Questions for Dr Honjo can be submitted in advance and on the day at: www.slido.com/Honjo

Dr Tasuku Honjo will discuss several fortuitous developments that he has experienced during his time as a researcher. In the 1950s, Frank M. Burnet published the clonal selection theory, which motivated numerous researchers to explore how the cells of the immune system work to produce enormous antibody diversity. Honjo came across this topic in the early 1970s, during his stay in the United States, where a new technology in molecular biology had just begun to be developed. After returning to the University of Tokyo in 1974, their group accidentally identified a deletion of antibody genes and proposed a hypothesis on the genetic principle for class switch recombination. They succeeded in proving that hypothesis on a molecular level after moving to Osaka University. Then, in 2000, whilst working at Kyoto University, they found that a single gene encoding activation-induced cytidine deaminase (AID) has a dual role in class switch recombination and somatic mutation, two separate, mysterious phenomena.

In 1992 they started working on PD-1 and found that this acts as a brake in the immune system. Then, in 2002, they discovered that PD-1 inhibition could be effective in treating cancer in animal models. After 22 years of study, this idea has borne fruit in a new, breakthrough immunotherapy that is being hailed as a 'penicillin moment' in cancer treatment. Honjo believes that, just as a number of antibiotics developed in the wake of the discovery of penicillin now protect humans against threats of infectious diseases, this discovery will play a leading role in advancement of cancer immunotherapy so that in the future the fear of dying from cancer will cease to exist.

Through evolution, vertebrate animals have developed immunity against infection by microorganisms. In the process, they incidentally acquired a sophisticated system for diversifying genomic information by combining gene fragments. It was doubly fortunate that the success in cancer treatment via PD-1 inhibition brought the realisation that immunity, a “weapon” against infectious diseases, could also serve as a “shield” against cancer. It has been said that, whereas humankind’s greatest enemies in the 20th century were infectious diseases, cancer is the major foe in the 21st century. It is a pleasant surprise to discover that the acquired immunity system holds the keys to overcoming both of these difficult medical challenges.