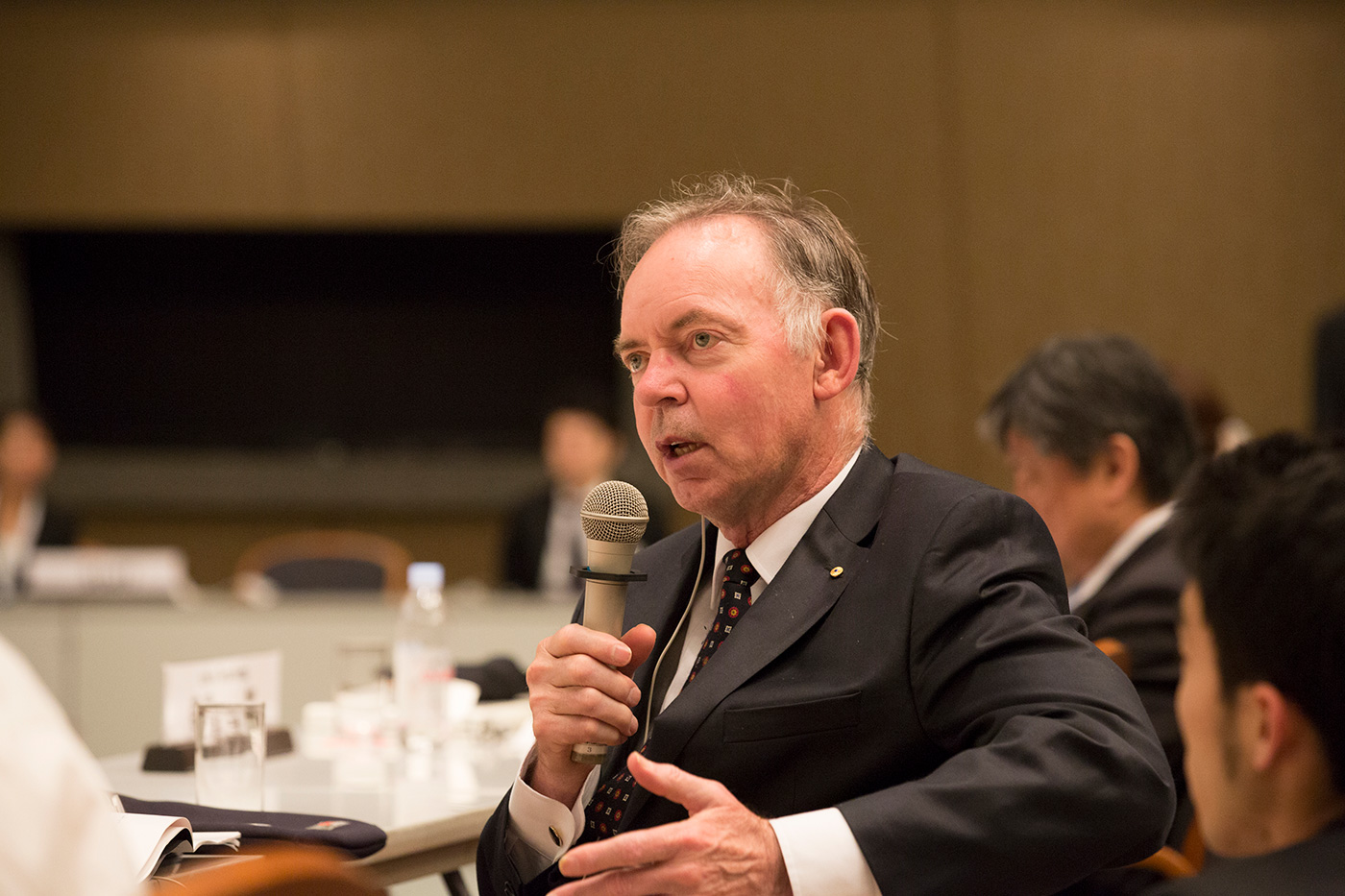 With his work spanning physics, applied mathematics and plant physiology, Dr Farquhar’s remarkable work on models of photosynthesis has helped understand and mitigate the effects of climate change on plants, including developing drought-resistant strains of wheat. In his lecture he will share insights from his work as a scientist as well as the contributions he has made to policy as a scientific advisor during key climate change negotiations.

The lecture is open to all and will also be livestreamed on the Blavatnik School of Government YouTube channel and on the homepage of this website. Questions for Dr Farquhar can be submitted in advance and on the day at: www.slido.com/Farquhar

Please take your seats by 9.20am as the lecture will be preceded by a welcome by Professor Louise Richardson, Vice-Chancellor of the University of Oxford.

Ever since I was a young teenager I told people that I wanted to be a biophysicist. The arbitrary interest grew into something I love, but not without distractions along the way. One was learning ballet from the same time I started my PhD. The parallels between dance and science are strong, with heavy accent on mastery of technique, the similar roles of choreographer and laboratory head, and the somewhat magical intrusion of creativity. I thought variously about photosynthesis and plant water relations, ecology and evolution, aspects of economics and optimal control theory and some labelled me a dilettante. However it all fitted together in thinking about whether land plants exchanged water for carbon dioxide economically. What is economical for a rich person to do with their money is not the same for a poor person to do, and the same is true of plants, plentiful water supply corresponding to riches. Testing our ideas of optimal behaviour caused us to examine what the rate of photosynthesis would be if stomatal pores were more open. Since this has the effect of raising the carbon dioxide concentration inside leaves, it led to early experiments where plants were grown at elevated (and sometimes depleted) concentrations. In turn this led to an interest in the large-scale ‘experiment’ where humans are raising global CO2 levels, and to an interest in its effects on climate. We were involved in assessing CO2 emissions and absorption caused by ‘Land Use Change and Forestry’ and this eventually led to my role as an Australian science advisor and delegate to the 3rd Conference of Parties of the UNFCCC, the ‘Kyoto Protocol’. As Vice-President of the Australian Academy of Science I was exposed more to the politics of science funding. Back in my own science we spent a lot of time thinking about how to identify plants that are either more adventurous or more conservative of water. This was achieved by measuring the tiny differences in abundance of the heavier stable isotope of carbon in a leaf compared to that in carbon dioxide in the air. Marvellous! Whether viewed as a zig-zag of coincidences, or as the result of forethought, my science has been an enormous source of pleasure.